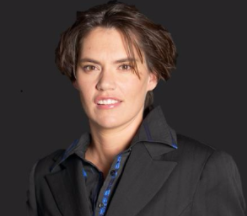 For information about Penny’s services go to:

As an international swimmer, Penny Heyns established herself as the world’s greatest female breaststroker of the 20th Century by becoming the only woman in Olympic history to win both the 100 and 200 meter breaststroke events in Atlanta 1996, bronze in Sydney 2000 and by breaking a total of 14 individual world records during her career.Furthermore, she is still the only Breaststroke swimmer, male or female, in the history of swimming to break world records in all three possible long course distances, namely the 50m, 100m and 200m. She was also the NCAA Champion in the 100 breast representing the U. of Nebraska and was named “World Swimmer of the Year”.

According to Penny Heyns, Chairman of the FINA AC,

“During my tenure on the FINA AC I have seen the committee grow and achieve several important milestones.  Each step forward has admittedly taken time however momentum has been created and the FINA AC is steadily strengthening its influence within FINA, ensuring the voice of the athlete is represented at all decision making levels.”

Full articles about the FINA Athletes Commitee can be found here: